France arrests 6 Chechens in raids after successive nights of violence

DIJON: French security forces on Thursday detained five members of the Chechen community on suspicion of taking part in successive nights of violence that rocked the eastern city of Dijon.

Police carried out early morning raids at six addresses across France, with the arrests made in Dijon and Besançon, 90km away.

Five people were held, said a source close to the inquiry, asking not to be named. They are suspected of taking part in the unrest but their precise roles have yet to be made clear.

From Friday to Monday, Dijon was rocked by successive nights of violence after an assault this month on a 16-year-old Chechen boy that prompted other members of the community to stage reprisal raids.

Chechens had reportedly travelled to Dijon from all over France and even from neighbouring Belgium and Germany to take part.

The violence focused on the low-income district of Gresilles, which has a large community of people originally from North Africa.

Criticised for not taking action sooner, the French authorities vowed a tough response and sent police reinforcements, and the past two nights have been calm.

Chechnya is a predominantly Muslim Russian republic in the North Caucasus. Two wars in the 1990s triggered a wave of emigration, with many Chechens heading for western Europe.

More Chechens have flowed into exile in recent years because of opposition to the strongman pro-Kremlin leader of the region Ramzan Kadyrov, accused by rights activists of multiple violations.

There are no precise figures on the number of Chechens living in France as they are included with other Russian passport holders.

As well as in eastern France, there are communities in Paris and around the southern Mediterranean city of Nice. 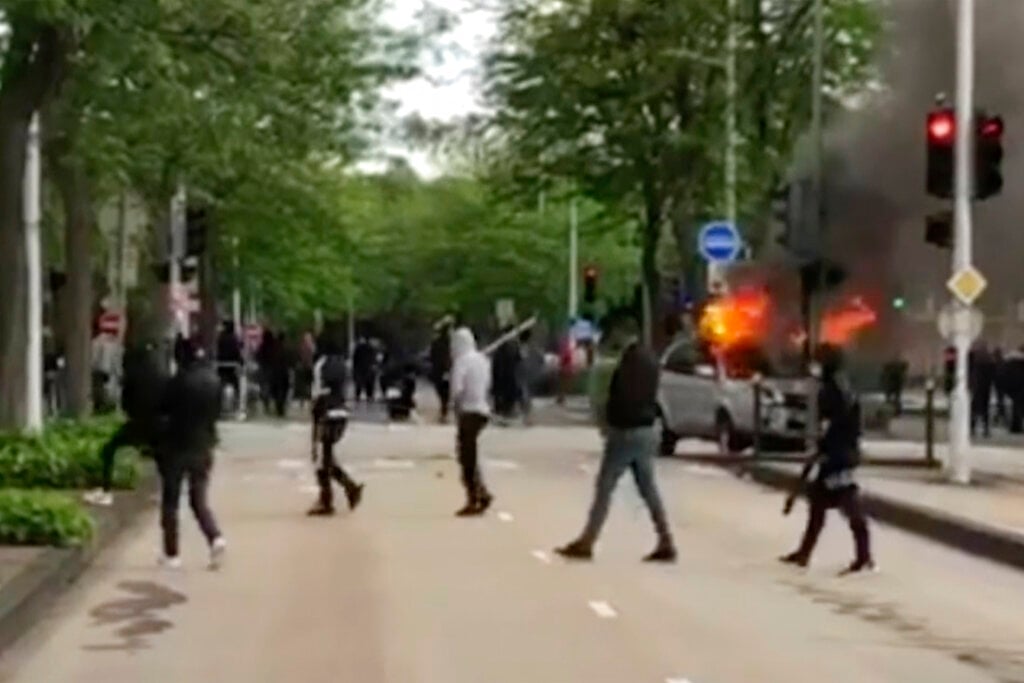