BEIJING: Beijing has brought its latest coronavirus outbreak under control, a Chinese medical expert said on Thursday, although the capital can still expect sporadic new cases.

The city has recorded 158 infections since confirming the first on June 11 in its worst outbreak since early February, which has been traced to the sprawling wholesale food centre of Xinfadi in its southwest.

Despite just a few cases compared to numbers outside China, authorities have acted quickly to curb contagion risks in the capital, which had recently won praise for its tough countermeasures.

A mere few days after the first case, the city returned to a level two alert, the second-highest in a four-tier virus emergency response system, leading to new curbs on residents’ movements.

“The epidemic in Beijing has been brought under control,” said Wu Zunyou, the chief epidemiologist of China’s Centre for Diseases Prevention and Control.

Going by recent case numbers, June 13 was the peak of the current outbreak, Wu told a regular news conference a day after new confirmed cases fell to 21, from 31 the previous day.

“When I say that it’s under control, that doesn’t mean the number of cases will turn zero tomorrow or the day after,” he warned, however.

“The trend will persist for a period of time, but the number of cases will decrease, just like the trend that we saw (in Beijing) in January and February.” 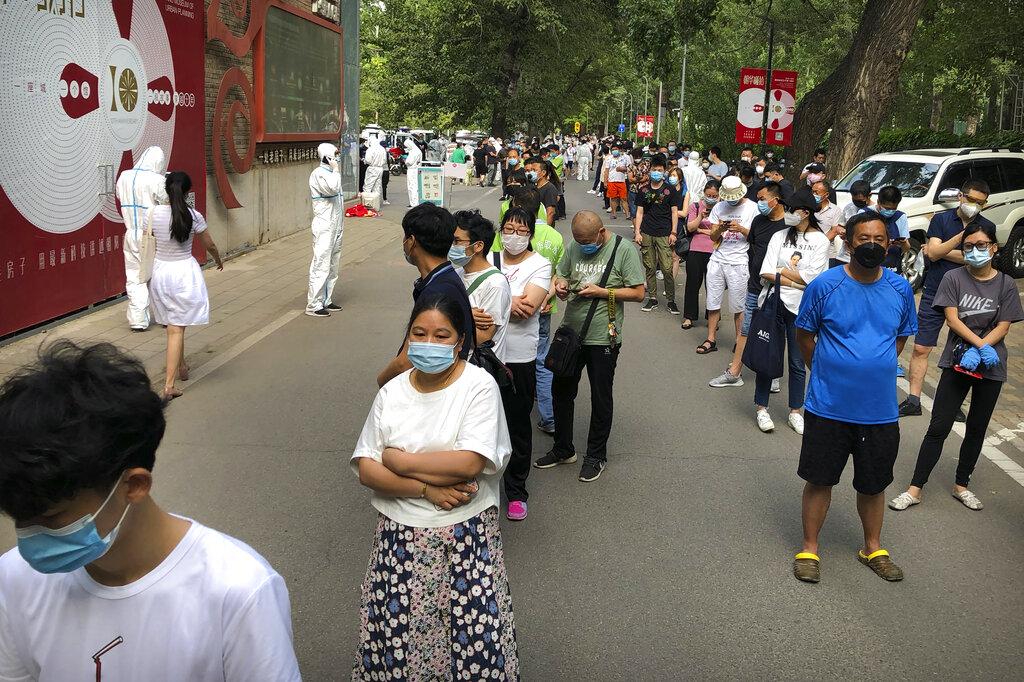